Eng. Ranjit Singh Rupra of Mangat I.B. Patel (MIBP) Limited, Consulting Engineers, who designed and managed the project reported that the cost of installing the sewage system in Narok has been cheaper and took a very short time compared to using concrete pipes which are traditionally the materials of choice.

One of the advantages of using Weholite rather than concrete or traditional materials is the major reduction in programme and cost due to the relative speed and ease of construction. As an example, on this particular project, Sinohydro Corporation Ltd (Kenya) were installing up to 800 metres of Weholite per week and with a vastly reduced CO2 footprint.

Weholite offers distinct chemical and physical advantages over other more traditional materials. Superior hydraulics and abrasion resistance mean that it will not corrode or deteriorate over time, making it a long-lasting solution for projects in Kenya.

According to Daniel Mshana, the Technical Project Engineer at the Narok site, “Weholite pipes are far quicker and far easier to handle and install. You don’t have to use such large machines and therefore it is very cost effective. With Weholite you save time and money when putting them into the ground. Pipes were delivered in 12 metre lengths, and we were able to weld 132m or eleven pipes nearly every day.”

Megapipes Solutions Limited, which manufactures the HDPE pipes, had a five-person project team onsite to weld the pipe sections together. The company had also trained local workers from Narok for pipe jointing and welding of Weholite pipes which will be useful knowledge for subsequent projects in Kenya.

The pipes are joined using portable heat fusion equipment providing a 100% leak free system. This means that it will not have ingress or egress issues like traditional materials and thus will reduce the burden on the new treatment plant that was built as part of the project. Unlike concrete, which is severely affected by hydrogen sulphide (H2S), HDPE does not suffer corrosion making it the ideal choice for sanitary sewers.

Paul Njuguna Maina, the Assistant Resident Engineer – Narok Sewerage Project added that Narok County should not only pride to be the first to use Weholite for its sewerage solution but will be an example for other Counties to follow.

“The cost and time spent on this stand out and other County Governments and even National Government should look into this solution as the future for sanitation, stormwater, and culverts for road construction,” says Maina. 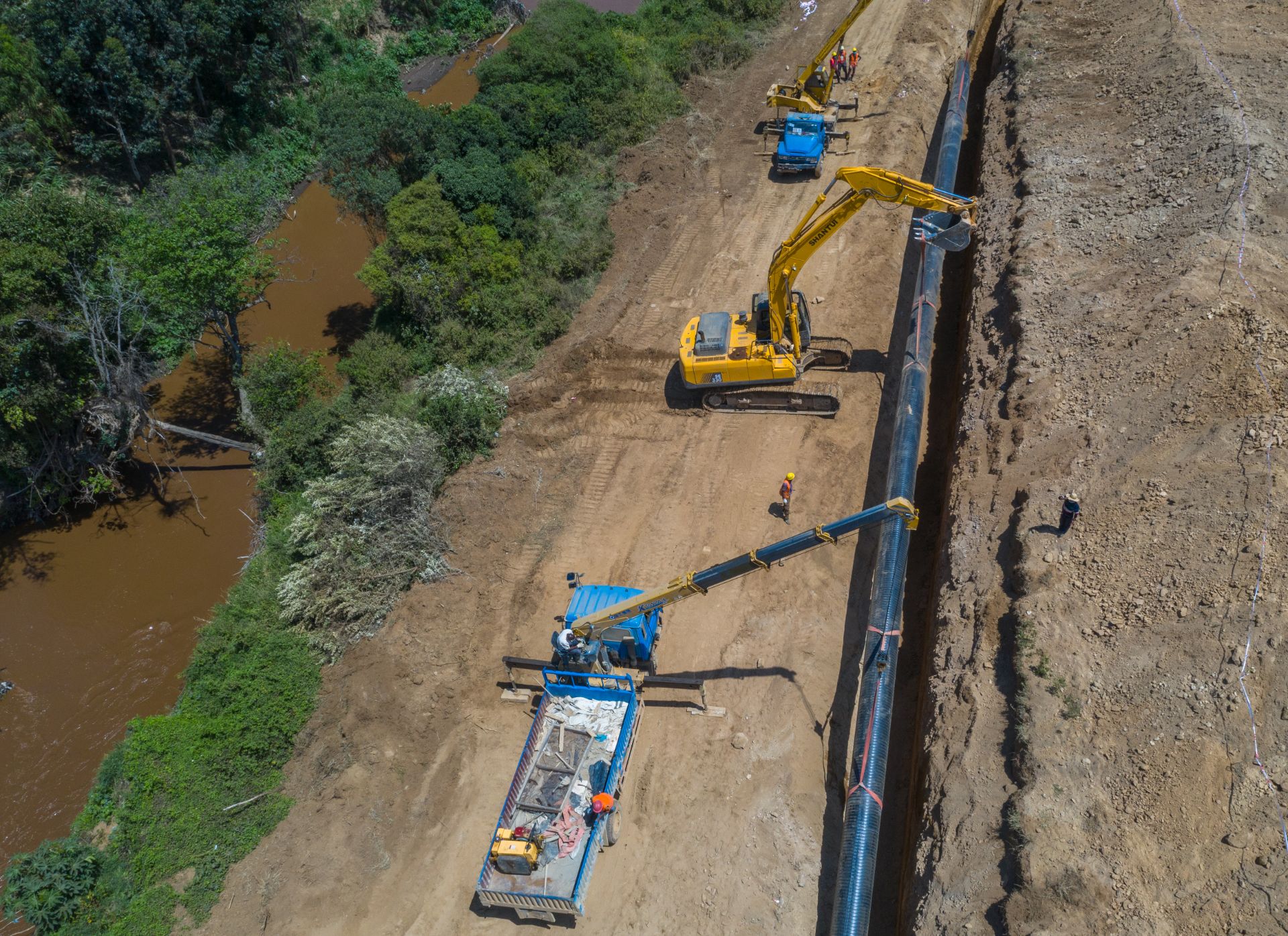 Water solutions to aid the most vulnerable